Covid 19 between theory and practice 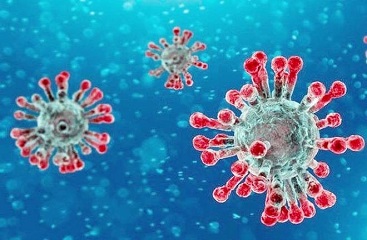 Covid 19 between theory and practice

The question is whether human health is more important, or is economy more important?
Should we listen to the opinion of doctors and implement the Chinese theory of fighting the virus with a total closure for three months? What about the economic repercussions when practically applying the complete closure to countries and companies where the private sector voices arise that they cannot bear the economic consequences?
Economic stagnation may result in bankruptcy of countries and companies on a large scale that may not be tolerated by the global economy, and it will surely cause suicide and an increase in crime rates, and thus may lead to deaths that may exceed the impact of the virus itself.
We are faced with two options, both of which are worse than the other, because it is clear that waiting for the vaccine will last for a period of not less than a year.
The welfare of the total closure of all aspects of the economy is a luxury that most countries of the world do not possess, as it does not bear the most severe economies of countries.
The advanced idea of a complete closure for a period exceeding three months, let alone the developing countries, as well as the poorest countries that suffer mainly from a decline in the rate of growth and all economic indicators.
And which is already suffering from a significant decline in its economy and can not afford at all.
Most countries of the world depend on large private sector companies to advance the economy and improve indicators of economic growth. These companies must be considered with a lot of interest since most of them have high operating expenses which may expose them to problems faster than medium companies that do not have high operating expenses and this means a big loss To the economies of most countries.
Do the economies of the countries of the world bear the provision of food, medicine, treatment, and analyzes of disease, establish hospitals and sterilization procedures, and at the same time, every country should try to help the poorest classes and help the most affected sectors such as the tourism and aviation sector, which receives a fatal blow?
In spite of the variation in economic power between different countries of the world, the economic repercussions resulting from the virus will be catastrophic for all countries of the world without exception because any country can support a sector, industry or segment of society in light of the recovery of the rest of the sectors either, as is the case in this crisis that affected Most sectors and segments of society.
And if we ask the same question in another way
How long does each state bear the cost of a total shutdown?
Certainly, the answer to this question is not easy due to the differences in each country in terms of the strength of the economy and the population, but it is certain that most countries in the world do not bear the closures for a period of three months.
Accordingly, the practical reality imposes on the decision-maker to sacrifice the theory of doctors, but not entirely, because I see that most of the countries of the world will ultimately arrive at a decision that they must resume their activities and push the wheel of production regardless of the health implications with trying to take strong measures such as maintaining social distance And sterilization procedures to contain the health aspect and try to reduce the number of victims of the virus.
Will the decision-maker reach this result early or late? This is the question that will determine the strength of each single country in the post-virus phase.